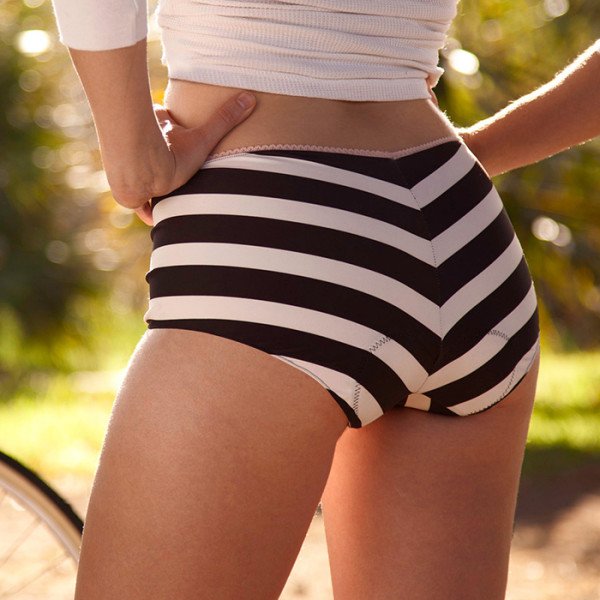 If you suffer from saddle sores or chafing while cycling, chamois cream can make a huge difference.  Designed to reduce friction between your chamois, saddle, and intimate regions, chamois cream helps keep things comfortable down there.  Most chamois creams are also anti-bacterial, so it can help prevent keep things clean and prevent infection.

Here are 7 different creams that we swear by (or that our friends swear by).  If you’re not already familiar with using chamois cream, we’ve also provided some tips on getting started and included info on why we recommend using a women’s-specific chamois cream.

Chamois Butt’r is probably the best-known chamois cream on the market, and “Chamois Butt’r for Her” is a version of the popular product designed for women cyclists.  The formula includes all kinds of natural stuff including aloe vera, green tea leaf extract, tea tree oil, shea butter, and lavender oil.  This is one of the easier creams to find at your local bike shop, if you want to shop locally, this is one to keep your eyes peeled for.

We like the Hoo Ha Ride Glide for its lack of synthetic ingredients (and for its name).  The chamois cream is anti-bacterial thanks to several essential oils including lavender, tea tree, peppermint and eucalyptus essentials oils.  It’s also great if you already have sores and/or chafing thanks to epilobium angustifolium flower/leaf/stem extract and vitamins E, B5 and C.  It includes no parabens or synthetic fragrance.  The one thing to be aware of though, is that this cream has a bit of a cooling or tingling sensation.  Some women like this, other women don’t.  We reccomend trying it on a small patch of skin before lathering it everywhere.

Similar to traditional Assos chamois cream, but with a lower pH, the Assos women’s cream is a non-oily, non-perfumy option.  We did find that on long rides (like century-length rides), we needed to apply the Assos cream more than once.  It works great on shorter training rides, though.

Mad Alchemy La Femme is a veggie-based, paraben-free cream.  It does have a slight scent so skip this one if you don’t like fragrance.  We’ve found that it washes well and doesn’t leave any residue on your chamois.  It’s a thinner cream but lasts a long time, so it’s a good choice for women who don’t like “thickness.”

The DZNutz Chamois Cream is the only one we’ve tested that includes pre- and pro-biotics.  This helps prevent infection and also help maintain healthy skin flora so you don’t end up with a nasty yeast rash.  This cream does have a bit of a tingly-sensation that some women may not like, though it is not as noticeable as other creams.  Amongst the women we’ve talked to this is one of the favorite chamois creams for post-ride use as it does a good job of helping heal existing saddle sores.

This plant-based vegan formula doesn’t contain any peppermint or tea tree oil.  These ingredients, used in several other creams on this list, can be irritating to some people.  It’s also free of parabens and petroleum products.  It is worth noting that it has a pretty strong, sweet smell–some ladies like this, some don’t.

Ok, we’ll admit it, we just like the marketing for this one.  Who doesn’t want an smooth bottom?!  This brand has been creating skin cream products for years and this formula is designed specifically for cycling.  It includes lanolin and shea butter that not only protects your skin but also helps heal it once it has been chafed.  The formula is a bit thinner than others creams on this list, so we like it best for shorter rides. The only thing we’re not crazy about with this chamois cream is the use of parabens.

Why You Should Use a Women’s Specific Chamois Cream

There are a lot of things in the cycling industry that are branded as “womens-specific” but are more of a marketing ploy than anything.  Chamois cream isn’t one of those.

The second reason to use a women-specific chamois cream is the pH.  Most women’s chamois creams have been formulated to have a lower pH that helps prevent vaginal irritation and infection.

How To Apply Chamois Cream

Afterward, your bike shorts will have chamois cream residue on it, so it becomes extra important to wash your shorts in between rides.

What To Do When Chamois Cream Isn’t Working

Many women expect chamois cream to be a miracle formula–put it on and suddenly no more soreness!  Unfortunately, chamois cream tends to be only one peice of a larger solution.  If chamois cream alone isn’t solving your soreness and chafing, consider trying a new saddle or bike shorts.