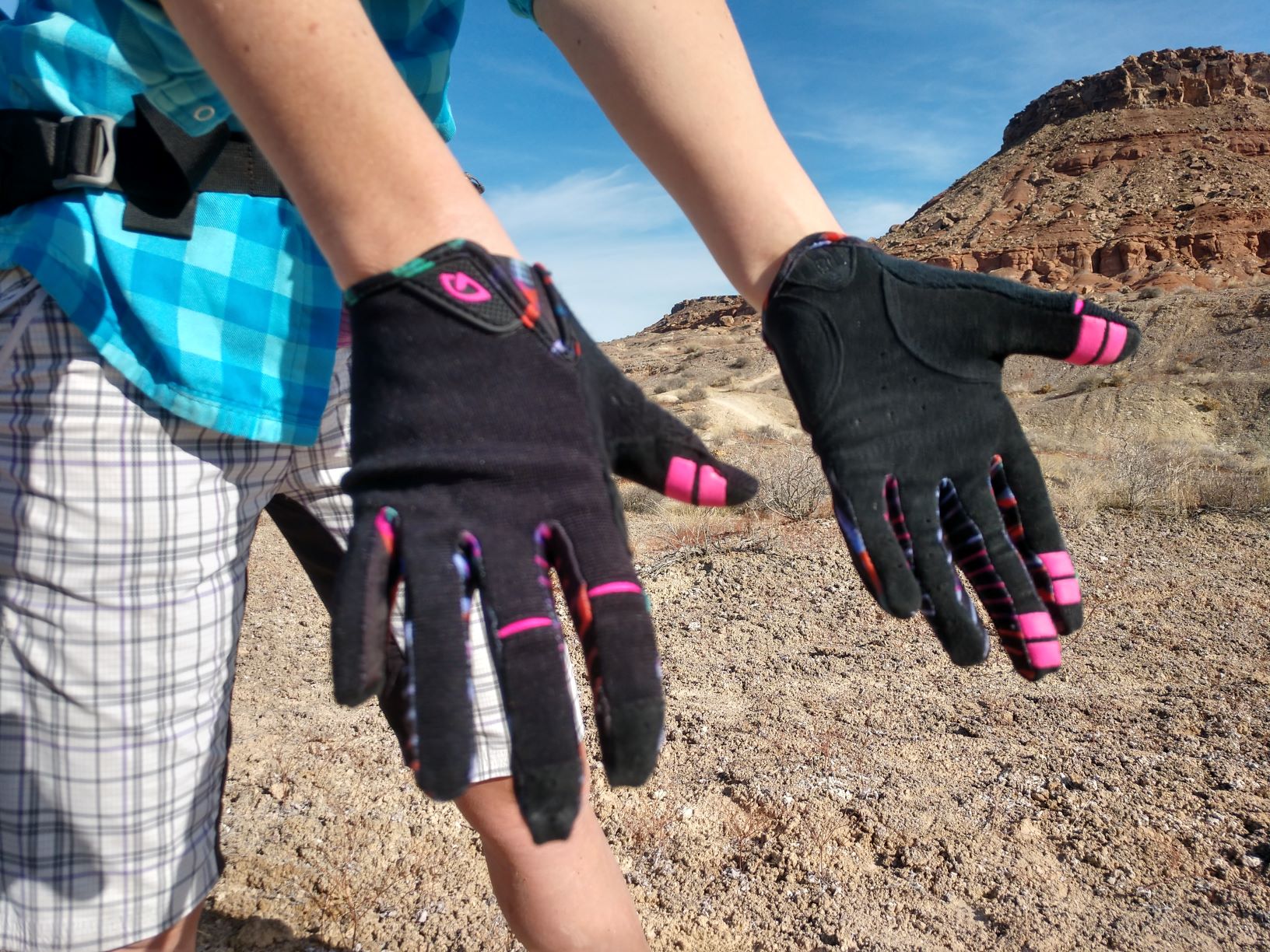 Our hands are one of only three contact points we have with our bicycle, making gloves one of the most important, yet most overlooked pieces of bike gear we have.

A glove needs to be comfortable enough that we don’t mind wearing it, protective enough that our hands won’t get shredded in the event of a crash, and thin enough that we can get feedback from the trail or road.

The Giro LA DND women’s full-finger glove manages to meet all of these criteria. I’ve been happy with the glove on both the trail and the road. It also happens to be cuter and more affordable than many other gloves on the market, so there’s not much not to love.

Review In A Nutshell

I’ve learned that no matter how well made a glove is, I’ll manage to destroy them within a season of hard riding. That’s why I liked the fact that the Giro LA DND gloves are cheaper than many comparable gloves. At $25, you won’t be too sad when you get a hole in the thumb or one gets left behind and the trailhead.

Slip-On Design Allows For Quick On and Off

While wrist closure is largely a personal preference, I found that I really liked the slip-on nature of the Giro LA DND. By not having to fasten the wrist, I could quickly slip my gloves on and off for bathroom breaks, snack breaks, and photo breaks.

There’s also a helpful tab on the back of the wrist to help you pull the gloves on.

These gloves run a bit on the small size. I have small hands and the size small gloves are pretty snug. In retrospect, I would probably order up a size.

So Comfortable You’ll Forget Your Wearing Them

The Giro LA DND gloves are some of the most comfortable gloves I’ve worn. They don’t have any weird seams to rub (I have REALLY sensitive skin), and they’re not bulky or hot.

The padding on the palm will keep your hands comfy even on hour four of riding but aren’t so bulky that you lose the feeling of the trail. There are several ventilation holes in the palms as well, and I never felt my hands getting sweaty on the bars.

One thing I really appreciate, is the expanding fabric at the middle joint. This allows your fingers to easily curve and grip the bars without any uncomfortable pressure. Many gloves don’t have this feature, which can make the gloves feel tight around the middle joint.

The Giro LA DND gloves are not warm enough for true cold-weather riding, nor do they have enough top-of-hand protection for aggressive downhill riding. But for spring, summer, and fall trail rides, they are just about perfect.

Like many gloves themselves as touch-screen compatible, the Giro LA DND gloves work with screens most of the time, but not 100% of the time. I found that if I wanted to make sure I got the picture, I would take the gloves off to make sure that it worked.

If you are a frequent iphone photo taker or use Trailforks a bunch, and don’t want to take off your gloves, you might want to look for a different pair of gloves.

If you’re picky about the way your gloves feel, give the Giro LA DND gloves a try. (Just remember to size up a bit so that they’re not too small).

I’ve been happy with these gloves on both the road and the trail, and will use them summer, spring, and fall. The only application we wouldn’t recommend them for is downhill riding or freeriding where you need more protection than these gloves offer.

For everybody else, you probably won’t find a better glove at this price point.

Not convinced these are the right gloves for you? Get some more recommendations, or compare them to other gloves by checking out these articles: