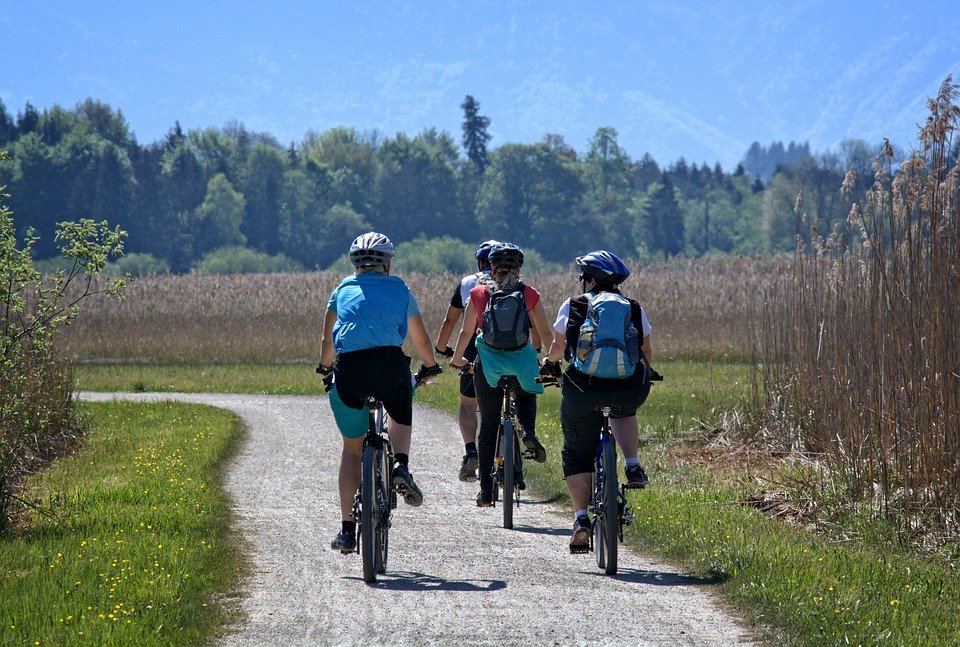 You’ve been ramping up your miles, training for a big event or logging some epic rides.  But now you’re avoiding getting back in the saddle because you’re in pain.  It’s not your quads that are screaming, or a dehydration headache, its a painful little sore on your bum.

Saddle sores (and other issues “down there”) are common among female cyclists and yet are seldom talked about.  Here are some tips on healing them, and how to avoid getting them in the future.

Change out of your shorts ASAP

As soon as your ride is done, even before you’ve popped that post-ride brew in the parking lot, take off your bike shorts and put on something dry.  The moisture helps breed saddle sores as well as other nasty bacteria that can cause yeast infections.  If it’s going to be a while before you can take a shower, wipe down with a couple of baby wipes as well.

Put on some calamine lotion

On the way home from your next ride, stop at Walgreen’s for a bottle of the pink stuff.  Calamine lotion is always my go-to remedy for drying out saddle sores that just won’t drain.  Slather some on before bed, and chances are your sore will be doing significantly better in the morning.

Draw a hot bath and throw in ½ cup of Epsom salts.  Not only will the warm water and salt be good for your tired muscles, they will also help to heal your bottom side.

If you are getting persistent saddle sores, your saddle might be to blame.  Try a new one to see if it makes a difference, or rotate between two saddles so that you aren’t always rubbing in the same spots.

Get a good chamois

Similarly, chronic saddle sores could be due to your chamois.  If you are riding with a thick one, try a thinner chamois.  Or vice versa.  I have a friend who gave up riding with a chamois altogether and managed to get rid of her saddle sores that way.  Unfortunately, this requires a bit of trial and error since everybody is different.

Sleep in the buff

Make sure that you are giving your saddle sore plenty of air.  This might mean chilling at home in the nude, or sleeping sans pajamas.  Your significant other can thank us later.

Slather on the chamois cream

Chamois cream can help reduce the friction between your bum and the saddle.  Use a peanut-size amount of cream, and make sure to target the areas where you are prone to saddle sores.

Take a few days off the bike

Although its probably not what you want to hear, sometimes the best thing you can do for a saddle sore is to take a few days off of the bike.  Use the time for recovery or for some cross-training like running or weights.  If you absolutely can’t afford the time of the bicycle, then swap out bikes or saddles so that the pressure points are different.

Go to the doctor

If you have a recurring sore, or it is getting infected–you might want to consider taking a trip to the doctor.  You should always seek medical attention if the sore is accompanied by a fever, chills, or pus.