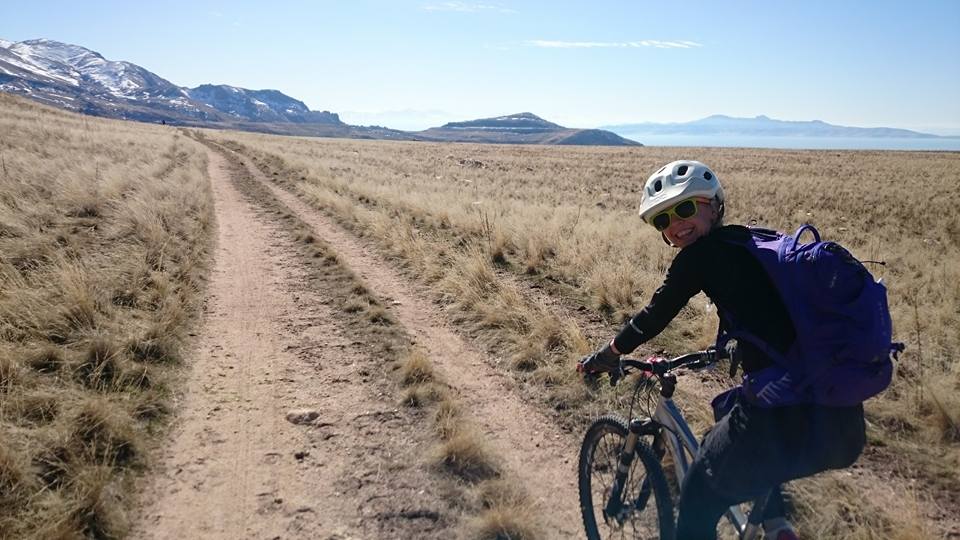 You’re looking for an enduro style mountain bike helmet that offers good head coverage but that doesn’t break the bank.  Say hello to the POC Trabec.  Known for superior safety and cutting-edge design, POC offers some of the best helmets on the market.  Most of their helmets, however, cost a pretty penny.  The Trabec is one of the more affordable helmets in their lineup, and it doesn’t sacrifice safety for cost.

I rode with the POC Trabec for a few years before switching the higher-priced POC Tectal and put the helmet to the test.  The helmet is comfortable, breathable, and protected my head in at least a few crashes.  It lacks some of the features of higher-priced enduro helmets, but if you’re on a budget, this should be a top contender.

Review in a Nutshell

Superior rear and side of head coverage

POC was a pioneer in the introduction of extended-coverage mountain bike helmets, and the POC Trabec lives up to the protection you would expect from the brand.  I learned first-hand how important this is when a tree branch smacked the side of my head.  Had I been wearing a helmet with less coverage, I would have had a hole in the side of my head where instead I ended up with a golf-sized dent.

For a helmet with excellent coverage, the POC Trabec still does a good job of remaining breathable.  This is thanks to 16 large-size ventilation holes that allow good airflow.  Compared to a lower profile helmet like the Smith Rover, the Trabec does result in a sweatier head, but it is on par with other helmets with the extended coverage.

The one thing we like about the POC Trabec is that it comes in both MIPS and non-MIPS versions.  Therefore, you can decide for yourself if MIPS is worth the extra investment.  The higher-priced Tectal, while my preferred helmet of the two, does not offer MIPS.

The only thing I’m not in love with on the POC Trabec is the retention system.  There’s nothing wrong with it per se, but after being spoiled with higher-end helmets, it is noticeably lacking.  The helmet adjusts via an internal plastic cage, but rather than using a dial-fit system, it simply pushes and pulls apart via a ratchet type design.  It does a good job of adjusting the helmet but is harder to adjust on the fly, and in my experience, is more likely to catch on long hair.

The strap system is also your run-of-the-mill design.  While adequate, it is harder to adjust properly than the fail-proof strap system offered on the POC Tectal.

On their website, POC advertises the Tectal as having an adjustable visor.  This cracks me up since the “adjustment range” is about 2 mm up and down.  It does not have an adjustment screw like the POC Trabec or most higher-end helmets.

That said, I actually love the visor on the Tectal.  It is at just the right height–it shades my eyes but doesn’t get in the way.  There are no adjustment screws to lose–which seems to happen on every helmet sooner or later–and you don’t need to worry about it getting pushed up or down.  It just stays put, which can actually be really nice.

If you are looking for the fanciest mountain bike helmet with all the newest gizmos, the POC Trabec isn’t it.  It doesn’t have a Go Pro mount, it doesn’t have google clips, and there is no way to adjust the visor.  To get all that, expect to pay at least $50 more.  What the helmet does offer is everything you NEED at a super reasonable price.

A note on sizing

I found that the POC Tectal fits a bit on the small side.  This is nice for women who have smaller heads, but for everybody else, it means that you may need to order up a size.  I am a full size larger in the POC Tectal than I am in the POC Trabec for some reason.  As such, the profile also ends up looking a little bigger and goofier.

Not sure how the POC Trabec compares to other women’s mountain bike helmets?  Use the chart below to compare.  You may also want to look at our list of the best women’s MTB helmets.  (Yes, the POC Trabec is on there).

The POC Trabec provides superior head coverage and performance at a reasonable price point.  It doesn’t have all the extras, but it does everything you need a helmet to do: protect your head, look good, and stay comfortable on long rides.